The upheavals of the French Revolution of 1789 accentuate the urgent and widespread needs for catechesis and Christian education in the countryside.
A 28 years young vicar, freshly arrived in his rural parish of La Valla (Loire) south-east of Lyon, undertakes an action to face it.
He invites two young people of good will and already resolved, to live in community and prepare for their future mission, by earning their bread by craftsmanship. It was the 2nd of January, 1817; Father Marcellin Champagnat thus very modestly founded the Secular Religious Institute of the "Little Brothers of Mary".

The motto of his Institute is:
"All to Jesus by Mary. All to Mary for Jesus »
His spirituality: Marian availability, and the meaning of the Church.
His spirit: evangelical simplicity, and fraternal understanding.
His mission: Apostolic zeal, youth education, and attention to the less fortunate.
Father Marcellin Champagnat devoted all his strength, until his 51 years (May 20th, 1789- June 06th, 1840), to the spiritual, religious and pedagogical culture of his Brothers, and to the development of the Institute.
He was canonized in Rome by Pope John Paul II on April 18th, 1999.
In 1863, the Holy See approved the Institute and officially registered it under the name of "Marist Brothers of the Schools".
The authenticity and benevolence by which the Marist Brothers want to characterize their relations, among themselves and with regard to all, are rooted in the three Marian virtues of humility, simplicity and modesty.
These are symbolically evoked by three little violets.

MARIST PRESENCE IN THE MIDDLE EAST
In founding his Institute, Father Marcellin Champagnat gave him a missionary and apostolic scope.
He said to his Brothers: "All the dioceses of the world enter into our views”. This is why he and his successors did not hesitate to respond to the requests of different congregations and of several ecclesial authorities throughout the world. Indeed, on three occasions and at short intervals, they will succeed as Brothers thus making it possible to act in favor of the apostolate in the Middle East:

1st settlement: from 1868 to 1875, during the Ottoman occupation.
2nd settlement: from 1895 to 1914, under the Ottoman occupation also.
3rd settlement: from 1919 to the present day.
Features of this presence
Particularités de cette présence
The Marist Brothers, in the Middle East, first worked as faculty members in seminaries and colleges run by congregations of priests (Jesuits, Lazarists, Capuchins, Carmelites, Fathers of Sion, Franciscans), or belonging to Catholic Patriarchates of Eastern rites (Maronite, Armenian-Catholic, Greek-Catholic), in the following countries:
-In Lebanon (1868-1875, then from 1895).
-In Egypt (1898), in Turkey (1900), in Iraq (1902), in Palestine (1904), and in Syria (1904).
On the other hand, the Marist communities have also exercised their educational mission in establishments rented or graciously lent by individuals, official bodies, bishoprics and religious congregations.

At the same time, some houses and schools were directly founded by the Brothers, thus becoming the property of the Institute.

1st Settlement
In 1868, five Brothers at first, and three others the following year, were sent to help the Jesuit Fathers at Ghazir Seminary College (District of Kesserwan) and at their college in Beirut.
But after seven years, a shortage of subjects, partly related to the aftermath of the Franco-German war of 1870-1871, led to their withdrawal in 1875.
Twenty years later, circumstances became more favourable.

2nd Settlement
In 1895 Brothers were sent to Lebanon: five to the Lazarist Fathers at Antoura (district of Kesserwan), and five years later to the Jesuit Fathers in Beirut. Every year, three, four, or five Brothers arrived.
In 1898, the Brothers took charge of a primary school in privately owned premises in Jounieh (district of Kesserwan).
In 1900, they are responsible for schools in Amchit (District of Jbeil), Achkout (District of Kesserwan), and Baabdath (District of Metn).
In 1903, some Brothers are asked, either to:
- collaborate in the Patriarchal Maronite Seminary in Kfarhay (District of Batroun) and the Armenian-Catholic Seminary in Bzommar (District of Kesserwan);
- Orient schools at Michmich (District of Jbeil), and Baskinta (District of Metn);
- inaugurate their new "College of the Sacred Heart" in Jounieh, as well as their future provincial house, "Our Lady of Lebanon", in Amchit (1898-1900), construction completed in time to already receive a group of young exiled Brothers. Thus twenty young Brothers, ten novices, six postulants, and seven juveniles come to Lebanon with their trained teacher. Young persons continue their studies at Amchit; other young persons, of Lebanese nationality, join them.

In 1904, various communities ask the help of the Brothers:
- The Fathers of Sion, in Palestine.
- The Armenian-Catholic Community, in their college of Aleppo, Syria.
- The Maronite Community at the Patriarchal Seminary in Roumieh (District of Kesserwan).
- The Jesuit Fathers in Bikfaya (District of Metn) and Saida (District of Saida) in their primary school. In 1908, they loaded them from "Saint-Louis College" in Saida; this college will then be sold to them in 1924.

In addition, the Brothers take responsibility for several schools in different regions: Batroun, Hadath, Deir el-Kamar, Beit-Chebab and Zahle.
In 1908, the Brothers opened their school "Notre Dame de Lourdes" in Jbeil.
In 1911, two Brothers from the Province of Syria will found a school in Betafo, Madagascar.
In 1914, the Turkish hunt foreigners and turn schools into barracks. The Syrian and Lebanese brothers are forced to go to Italy, to Bairo, near Turin.

3rd Settlement
In 1920, only twenty Brothers were able to return from Europe. They choose to reopen only nine schools: in Syria (Aleppo and Damascus) and Lebanon (Batroun, Amchit, Jbeil, Jounieh, Deir el-Kamar, Saida and Zahle). Some Brothers will come again, and young Syrians and Lebanese enter the Institute.

In 1939, the number of the Brothers in Lebanon and Syria is 90. The Second World War brings them back to 40 ; this is why the Brothers had to withdraw definitively from Batroun (1952) and Deir el-Kamar (1954) and stop their teaching in the secondary colleges of Aleppo and Damascus, nationalized in 1967.

The year 1961 saw the transfer of the "Saint-Louis College" from Saida to Rmeyleh under the name of "Notre Dame de Fatima". This college has reached 2,000 students, including about 50% Christians and 50% Muslims.
In 1973, clashes erupted in Lebanon, and in 1975 a long war broke out, followed by Israeli military occupation of South Lebanon in 1983 and 1984. But in March 1985, with the withdrawal of the Israelis, many Christians leave this region, and the Rmeyleh College is occupied by militiamen who transform it into barracks until 1994.

In 1966, the College of the Sacred Heart of Jounieh was transferred to Dik el-Mehdi (District of Metn), under the name of "Champville" (Champagnat-ville).

- In Aleppo (Syria), a Brotherhood of three Brothers ensures a Marist presence with the Christian population (catechesis, youth movements, liturgical animation).
- In Jbeil and Amchit (Lebanon), four Brothers, helped by lay people, ensure the spiritual and human education of some 1900 children and young people, from Kindergarten to Grade 12.
- In Champville (Dik el-Mehdi, Lebanon), six Brothers, helped also by lay people anxious to provide a good Christian and human formation to the Lebanese youth, ensure the realization of the dream of the Holy Founder: "To form good Christians and virtuous citizens ". This training is provided to more than 3,140 students, from Kindergarten to Grade 12.
- In Rmeyleh, the college "Notre Dame de Fatima" needs a great restoration before being able to reopen its doors to welcome youth who are thirsty for a very particular Marist presence.
- The center of Faraya, located at an altitude of 1250 meters, under the name of "Foyer Champagnat", welcomes (during summer and winter) groups of young people or adults wishing to receive or deepen their human, Christian, cultural, pedagogical and especially Marist formation.

From 1868 until present, a beautiful apostolic work has been achieved. The archives of the Near East Marist Sector keep the individual files of several Brothers who worked in the Middle East. Their apostolic action is accomplished, they passed the torch of the apostolate to others, leaving them the task to accomplish, that provided by Divine Providence.

It is worth mentioning also the special impression of which the students of the Marist Brothers are marked: simplicity, easy contact, frankness, gratitude, a taste for a well done job.

With their Marian seal and Marist spirit, the Brothers are part of the primary educational mission of the Church in the Middle East. They invite young people to join generously with them, so that by continuing the work of Father Champagnat, they contribute to develop a living faith in the community of the faithful and to promote a Christian education that permeates life and action of young people.

Thus prepared, they will be able to assume their responsibilities in a region rich in historical references and located at the meeting of civilizations, to achieve a society of mutual tolerance and dynamic coexistence.

The luggage we acquired during our school path in Champville, both on the academic and educational levels, made us the men and women of society of today. We owe so much to this School!

As members of this Committee, we joined the Alumni with a spirit of recognition, for that with the help and support of all of you, Champville former students, we shall be able to create gatherings, remember the good old times, and mainly seek to provide the students of our School with assistance and advice before their departure in life…

Proving one more time that the Marists have really integrated into society!

Each member of our Committee represents three promotions and constitutes the link between such promotions and the Alumni for coordination of projects to be implemented, and to be created between all former students.

The Alumni, by its statutes, enjoys financial autonomy, for its treasury is totally independent that of the School.

Our social projects, funded by the alumni, shall be totally and completely transparent while their main purpose is providing students with needs with direct help on all levels.

Together, we aspire to exploit the potential we form, all united and showing solidarity, strong by this wealth of spirit that characterizes us. 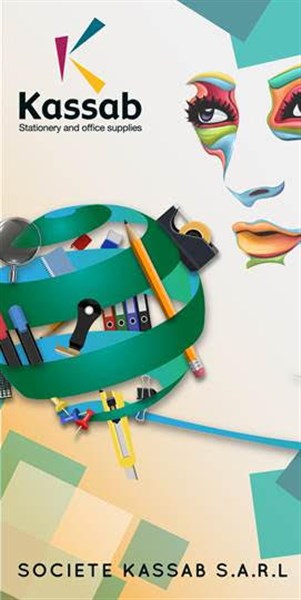 We will review your profile soon.

You will shortly receive an email/sms from us with a link to reset your password.